History Made At The World Series 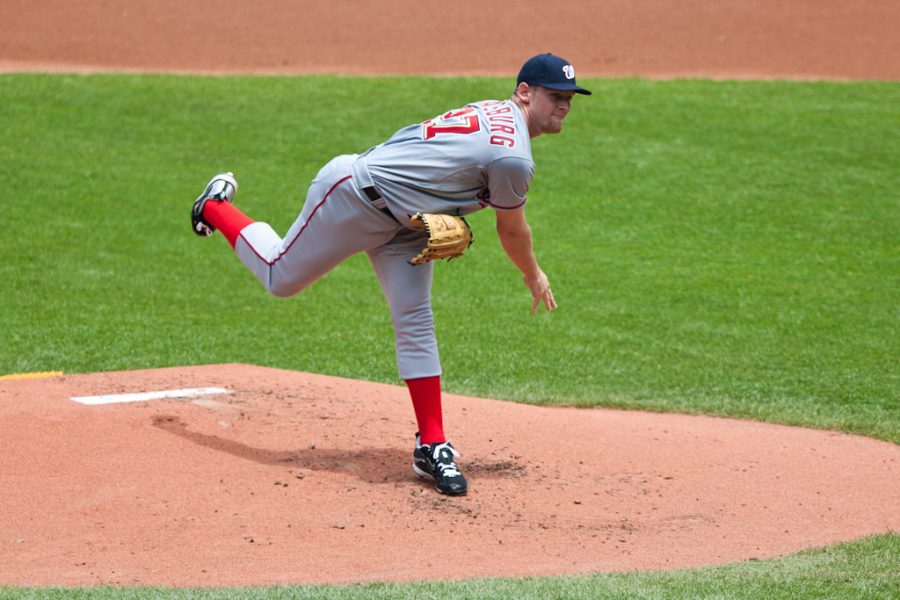 The World Series kicked off with the Washington Nationals playing the Houston Astros. The Nationals made a surprise appearance in this year’s World Series, shocking the world-beating the highly-favored Dodgers in the first round. They gained all the confidence after that series, as a result, swept the Cardinals in the National League Championship. The Astros, on the other hand, had high expectations going into the playoffs, and they lived up to that expectation. They flew past the Tampa Bay Series and went up against the tough Yankees in the American League Championship. They stumbled a little but ultimately came out of the pile. Both team’s journeys are interesting in their ways and are sure to make a good World Series.
Coming into the World Series, the Astros were the heavily favored team, They had the most wins out of any team in the MLB this season, and for the Nationals, they couldn’t say the same. They trail only the Brewers for the least amount of wins out of all playoff teams and had a nerve-racking end of the regular season.
In-game 1, the Nationals pulled off an upset in a narrow in 5-4. The Astros started strong scoring 2 in the first inning. As the game continued, Nationals came back and tied the game in the 4th inning. The shining part of the game was the 5th inning for the Nationals. They scored 3 home runs and stumped the Astros in the innings after. The young slugger, Juan Soto, wreaked havoc on game 1 and was the main reason for their win.
In-game 2, the Nationals used their game 1 win to energize them. The game was tied for 6 innings, but in the 7th and 8th, they took over. They scored 9 home runs in 2 innings and took game 2. The main reason for lose was the bad pitching and ability to catch ground balls. Astros’ pitcher, Justin Verlander, knows about this fact too well losing his 5th straight World Series game as a starter. Fan-favorite 3rd basemen, Alex Bregman, choked up during the 7th and 8th, dropping balls that would’ve led to pivotal plays, and ultimately a win.
In-game 3 of the World Series, The Astros came out of the gate booming. They scored a run in each of the 2nd and 3rd innings, and getting another pair in the 4th and 5th. The player of the game was the Astros’ second baseman, Jose Altuve. He made major plays that ultimately led to the victory, such as highlight-reel grabs and a huge triple hit in the 3rd inning. This also spoiled the 8 game win streak made by the Nationals
In-game 4 of the World Series, Astros kept the same trend as game 3. They started swinging as soon as the game started. In the first inning, the Astros put up 2 runs and followed it up with 2 more in the 4th inning. The most pivotal point in the game was in the 7th inning. The Astros put up 4 extra runs and seal the deal 8 to 1.
In-game 5 of the World Series, the Astros had all the momentum. They held the Nationals to one run for the 3rd straight game. Yordan Alverez started the scoring spree helping the Astros by giving them a 2 run score. They continued to ride the energy from the last two nights and took the lead in the series. The Astros finally woke up after going down 2-0, and follow up with 3 huge wins heading into game 6.
In-game 6 of the World Series, the game had an exciting start. Fan-favorite Nationals shortstop, Trea Turner, hit a single to start the game, then star Nationals player, Anthony Rendon, hit the ball to the far right side leading to a home run. When it was Astros time to hit, MVP contender, Alex Bregman, hit a home run, bringing in George Springer put the Astros up 2-1. The game stayed at this score for many innings, but when the 5th-inning started, the Nationals scored 2 runs every other inning and taking the series to game 7.
The season came down to this; game 7. The Astros struck first going up 2-0 through 5 innings. However, the Nationals have always been a good closing inning team. Anthony Rendon, the Nationals third baseman and rising star, hit a solo home-run that cut the game to one. That one-point lead quickly diminished when the bases were loaded, and Juan Soto, the Nationals MVP contender, hit a ball to the far right side which brought 2 more men home. The last 2 innings included many strikeouts by the Nationals and 3 more runs. This meant that the Nationals took home the trophy and some rings.
The Nationals had many odds against them coming into the playoffs. They didn’t have a 100 win season like most World Series winners, and they had many questions on how their pitchers would perform. Even with these problems stacked on top of them, they powered through and upset the star-studded Astros. The MVP of the series was pitcher Stephen Strasburg. This win is also the first championship in franchise history. This win will be remembered by many in D.C. and National players for a long time.