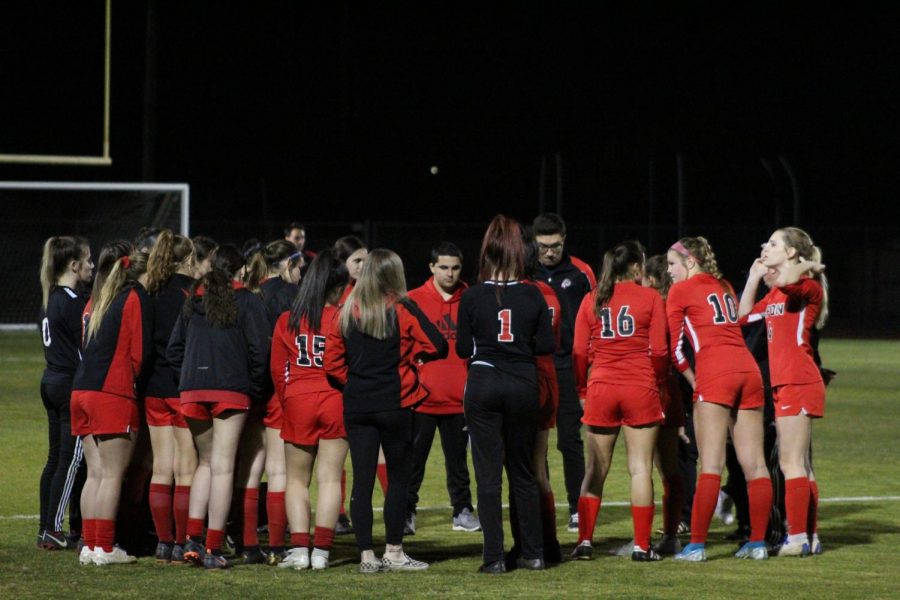 This week the 2019-2020 girls varsity soccer season finally came to a close. This season has been like none before with changes in coaching and a step up into a higher division.

All sports teams are placed into divisions based on student body size, however to improve the competition of the game, teams are moved up and down that division based on their pattern of accomplishment. Ripon High’s girls varsity soccer team earned the promotion to Division 4 based on their previous years of performance and success. This new environment can be shocking at first, but Ripon learned to adapt and overcome.

“It was continuous hard competition whereas sometimes when we played other divisions, like last year for example, it would be like a wave, like one team would be pretty good but the next team would be really weak. This year it was just consistent difficult teams,” Senior and team captain Aubree Pelon.

After eight years of coaching, coach Meyer took this season to focus on her growing family. In her place assistant coach Bryce Perkins took the role of head coach and led the team through the season. The team’s connection was strengthened through practices and bonding activities like team dinners and parties. Junior Kailey Tijero spoke on why spending time together is beneficial for the team,

“We spend a lot of time outside of soccer with each other and that brings us closer, so on the field we have a better connection,” Kailey Tijero.

As a four year varsity athlete, Pelon has spent the most defining years of her life on the field. From the intimidation of freshman year to her teams success of making sections three years in a row, Pelon’s as well as every other graduating seniors experience playing soccer for Ripon High is unrivaled,

The team made it to sections for the third year in a row and qualified for state. Next year they look forward to taking their team all the way. Good luck Ripon!