Fall in Love with the Fall Fest Candidates 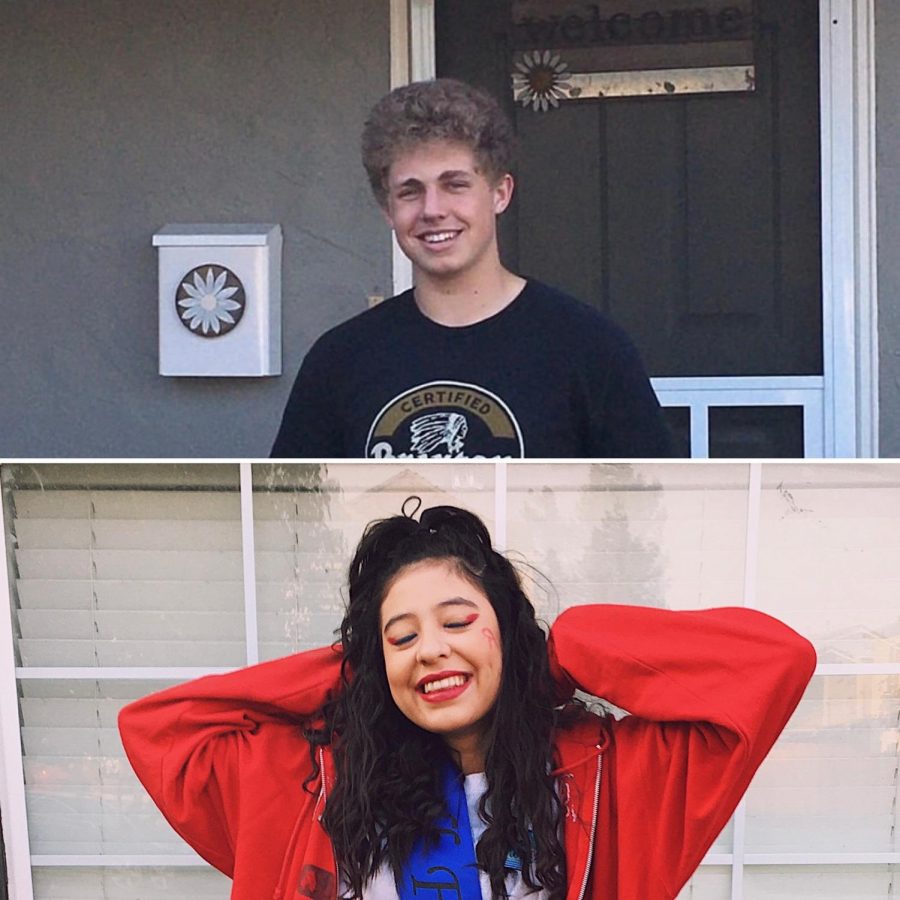 The votes are in. Ripon High’s Fall Fest candidates and the Fall Fest King and Queen have been chosen.  Each class voted for one male and one female in their class to represent them. These individuals would participate in spirit days and the most spirited male and female would be chosen at the end of the week by the student body.

The candidates were freshmen Ava Keast and Gavin Kosaka, sophomores Kade Nelson and Brianna Alvarez, juniors Natalie Beeler and Evan McKeon, and lastly seniors Niki Nguyen and Jacob Curless. This year’s king and queen are Curless and Alvarez. They were announced king and queen on Instagram on Oct. 30.

“I was shocked, but overwhelmed. I was shy and very very nervous. It was just something I didn’t think was going to happen to me,” Kosaka stated.

Kosaka  was explaining his reaction to finding out he had been nominated. Being a cheerleader, being overwhelmed isn’t a reaction you would expect from him. Creating outfits for the week would turn out to be an exciting, but challenging experience.

“I spent hours working on some of the outfits and getting ready. It took me days to figure out what I wanted to do for some of the spirit days,” Alvarez exclaimed.

The outfit and clothing choices from the candidates were extravagant. From sweaters, to pink out, to Halloween costumes, the candidates showed great spirit through their attire. The fight to win king and queen was a difficult one.

“I was feeling honored and I had butterflies in my stomach because I didn’t think that I would actually win…,” Curless said.

Being the king or queen of Fall Fest is an award that was wanted by all of the candidates. Winning would give the class points for having the most spirited candidate. Whoever won would always be known as the first Fall Fest king or queen.

“It was overall a great week, dressing up was fun and competing was amazing,” McKeon said.